"You had to distinguish between the two walls pressing in on the human being. Man succeeds in getting over the first rampart every time he does something kind and unselfish, but that is only the lesser rampart. The greater wall equals the selfhood of even the most unselfish person; this is the original sin as such; with us, every sensation, every feeling, even that of self-surrender, is more a taking than a giving, and there is hardly any way of shaking off this armour of all-permeating selfishness. Hans ticked off specifics: Knowledge is simply the appropriation of something not our own. We kill, tear, and digest our 'object' as an animal does its prey. A concept is a living thought killed, never to stir again. A conviction is an impulse of faith, frozen into some unchanging lifeless form. Research confirms the known. Character is inertia, the refusal to keep growing. To know a person amounts to no longer being moved by that person. Insight is one-way vision. Truth is the successful effort to think impersonally and inhumanly. Everywhere, the instinct to kill, to freeze, to clutch, to petrify, is a mixture of self-seeking with a cold, craven, treacherous mock-selflessness."

from The Man Without Qualities by Robert Musil
Posted by Ned Beauman at 7:13 pm No comments: 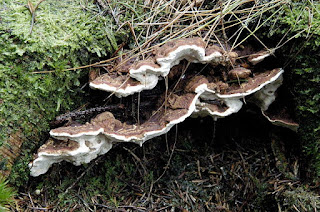 Fungi comprise most of the viable biomass in the air, with an average human breath containing between one and ten fungal spores. This ability of fungi to disperse results in some species with cosmopolitan distributions. However, these species are in the minority and it is noticeable that few fungi exhibit truly globally distributions; instead they exhibit spatially restricted endemic ranges. In many cases, local adaptation and host specificity are thought to underlie fungal endemicity. Nevertheless, when local climatic and vegetative constraints are projected globally it becomes clear that potential ranges of pathogenic fungi may be much larger than their realized range. If fungi are contained spatially by the combination of physical limits on dispersal, abiotic conditions, host distributions and genetic limits on adaptation, then how are pathogenic fungi able to overcome these barriers? Although fungi have shown the ability to undergo range expansions in response to environmental shifts, human-mediated intercontinental dispersal of unrecognized fungal pathogens is the major component in initiating new chains of transmission.

Pathogenic fungi have dispersed alongside early human migrations, and several thousand years ago two of these fungi, Coccidioides immitis and C. neoformans lineage VNI, seem to have invaded South America and southeast Asia, respectively, vectored by humans and their domesticated animals. Similar ancient patterns of human-associated disease spread are detected by studies of the genome diversity of many plant fungal pathogens. However, more recent increases in fungal disease are attributable to the many-fold increase in fungal-infected trade products and food. The consequences of recent introductions of pathogens in association with trade are well known; examples include the Irish Famine (a consequence of Phytophthora infestans late blight introduction from South America), the destruction of the North American chestnuts (caused by the importation of Cryphonectria parasitica-infected Asian chestnut trees to the east coast of the United States in the early twentieth century) and the Second World War introduction of Heterobasidion annosum into Italy from the USA (vectored by untreated wooden transport crates). Human-mediated intercontinental trade has also been linked clearly to the spread of animal-pathogenic fungi through the transportation of infected vector species. B. dendrobatidis has been introduced repeatedly to naive populations worldwide as a consequence of the trade in the infected, yet disease-tolerant species such as North American bullfrogs (Rana catesbeiana) and African clawed frogs (Xenopus laevis). Whether the emergence of bat WNS constitutes an introduction of G. destructans into North America from Europe or elsewhere remains to be shown. However, the widespread but apparently non-pathogenic nature of the infection in European bats tentatively suggests that the disease may have been vectored from this region in contaminated soil. 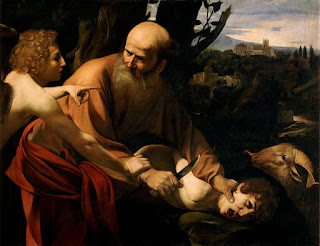 I made a Spotify playlist about Isaac and Abraham.