"For years I watched so-called Greco-Latin films (toga flicks, with early Christians devoured by lions, emperors in love, and son on). My only interest in those films was to catch sight of planes and helicopters in the background, to discover the eternal DC6 crossing the sky during Ben Hur's final race, Cleopatra's naval battle, or the Quo Vadis banquets. That was my particular fetish, my only interest. For me all those films, the innumerable tales of Greco-Latinity, all partook of the single story of a DC6 flying discreetly from one film to the next." – Raúl Ruiz
Posted by Ned Beauman at 10:53 am 1 comment: 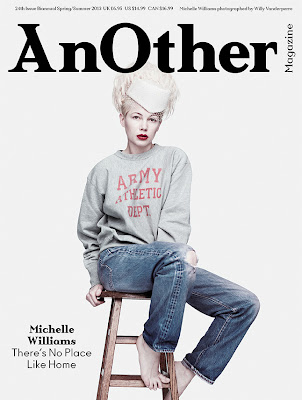 In December I went to Neuschwanstein Castle in Bavaria to write about it for the new issue of AnOther Magazine, out today.
Posted by Ned Beauman at 9:00 am No comments: 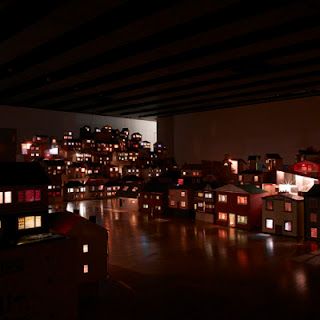 "By 1918, the French were trying large-scale visual deception, camouflage par faux-objectifs. Giant models of the Gare de l’Est railway station, together with fake boulevards and avenues made of wood and canvas, were set up in fields north-west of the city, with strings of lights that stayed on when Paris blacked out its street lights. But the British Royal Engineers remained sceptical of these kinds of objectifs simulés as antidotes to air raids. When enthusiastic amateurs wrote suggesting ‘the erection of a replica of London at some little distance in the country, meanwhile covering the real London with imitation fields’, the ideas were (as a witty letter to The Times by Colonel J. P. Rhodes pointed out) ‘received with reverence’, but ‘reluctantly discarded as unsuited to this imperfect world’."

from Churchill's Wizards by Nicholas Rankin
Posted by Ned Beauman at 8:12 pm 1 comment:

"It has sometimes been said that European society is the only one which has produced anthropologists, and that therein lies its greatness. Anthropologists may wish to deny it other forms of superiority, but they must respect this one, since without it they themselves would not exist. Actually, one could claim exactly the opposite: Western Europe may have produced anthropologists precisely because it was a prey to strong feelings of remorse, which forced it to compare its image with those of different societies in the hope that they would show the same defects or would help to explain how its own defects had developed within it."

from Tristes Tropiques by Claude Levi-Strauss
Posted by Ned Beauman at 11:56 am No comments: 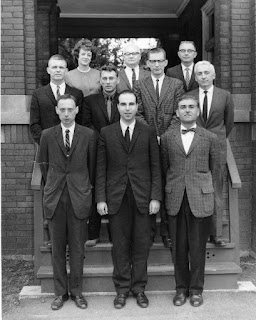 Gossip, says Proust in Sodom and Gomorrah, 'prevents the mind from falling asleep over the factitious view which it has of what it imagines things to be and which is actually no more than their outward appearance. It turns this appearance inside out with the magic dexterity of an idealist philosopher and rapidly presents to our gaze an unsuspected corner of the reverse side of the fabric.' And as this implies, In Search of Lost Time is deeply concerned with epistemology – almost everyone is confidently wrong about almost everything almost all the time. But I wonder if anyone else has noticed that the fourth volume of the novel also contains an interesting example of what analytic philosophers call a Gettier Case?

Although the character of the Baron de Charlus is indeed a gay man, 'if in the world of painters and actors M. de Charlus had such a bad reputation, this was due to their confusing him with a Comte Leblois de Charlus who was not even related to him (or, if so, the connexion was extremely remote), and who had been arrested, possibly by mistake, in the course of a notorious police raid. In short, all the stories related of our M. de Charlus referred to the other. Many professionals swore that they had had relations with M. de Charlus, and did so in good faith, believing that the false M. de Charlus was the true one, the false one possibly encouraging, partly from an affectation of nobility, partly to conceal his vice, a confusion which was for a long time prejudicial to the real one (the Baron we know), and afterwards, when he had begun to go down the hill, became a convenience, for it enabled him likewise to say: "It isn’t me." And in the present instance it was not him to whom the rumours referred.'

Do these people – the 'professionals' – know that the Baron de Charlus (as opposed to Comte de Leblois Charlus) is gay?

Cases like these are called Gettier Cases because they were formalised in 1963 by the American philosopher Edmund Gettier in a paper called 'Is True Justified Belief Knowledge?' When I was studying philosophy at university, we were told the following story. Gettier was on the point of losing his teaching job at Wayne State University because he'd never bothered to publish any research. This was pointed out to him and he responded, more or less, 'Oh, all right then, I'll throw something together over the weekend.' The resulting essay, only three pages long, demolished an epistemological dogma that had stood for thousands of years and became one of the most famous and influential philosophical papers of the twentieth century. Knowing that his job was now secure forever, Gettier never published anything again.

The truth is presumably a bit less satisfying. (For one thing, whatever I may have said up there about how 'philosophers tended to agree, following Plato's Theaetetus', there's some debate over whether anyone except first-term undergraduates has ever genuinely taken knowledge to be as simple as justified true belief. 'It isn't easy to find many really explicit statements of a JTB analysis of knowledge prior to Gettier,' writes Alvin Plantinga. 'It is almost as if a distinguished critic created a tradition in the very act of destroying it.') Regardless, to me, the myth presents Gettier as a very Proustian character. From Sodom and Gomorrah again, only a few pages earlier:

Mme. Verdurin 'was convinced that [Ski] would have developed that aptitude into talent if he had been less indolent. This indolence seemed to the Mistress to be actually an additional gift, being the opposite of hard work which she regarded as the lot of people devoid of genius.'