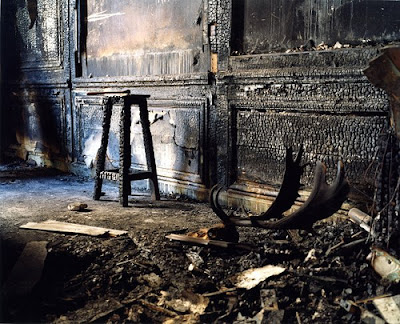 My story "Five Parties" is up on the Granta website. (Photo above by Martin d'Orgeval.)
Posted by Ned Beauman at 4:55 pm No comments:

One striking characteristic of Grothendieck’s mode of thinking is that it seemed to rely so little on examples. This can be seen in the legend of the so-called “Grothendieck prime”. In a mathematical conversation, someone suggested to Grothendieck that they should consider a particular prime number. “You mean an actual number?” Grothendieck asked. The other person replied, yes, an actual prime number. Grothendieck suggested, “All right, take 57.”

But Grothendieck must have known that 57 is not prime, right? Absolutely not, said David Mumford of Brown University. “He doesn’t think concretely.” Consider by contrast the Indian mathematician Ramanujan, who was intimately familiar with properties of many numbers, some of them huge. That way of thinking represents a world antipodal to that of Grothendieck. “He really never worked on examples,” Mumford observed. “I only understand things through examples and then gradually make them more abstract. I don’t think it helped Grothendieck in the least to look at an example. He really got control of the situation by thinking of it in absolutely the most abstract possible way. It’s just very strange. That’s the way his mind worked.” Norbert A’Campo of the University of Basel once asked Grothendieck about something related to the Platonic solids. Grothendieck advised caution. The Platonic solids are so beautiful and so exceptional, he said, that one cannot assume such exceptional beauty will hold in more general situations.

from "As If Summoned from the Void: The Life of Alexandre Grothendieck" by Allyn Jackson
Posted by Ned Beauman at 12:46 pm No comments: 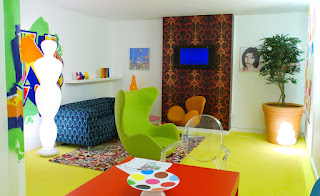 A short story I wrote to accompany Matthew Darbyshire's retrospective at the Manchester Art Gallery is now available online as both text and audio. It may not make much sense out of context!
Posted by Ned Beauman at 4:29 pm No comments: