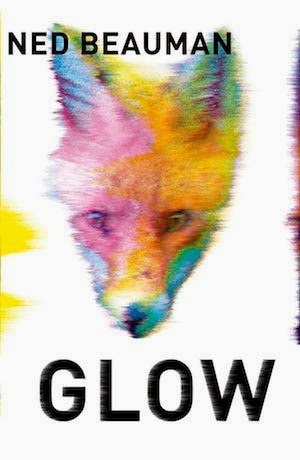 My third novel, Glow, is published by Sceptre two months from today, and I've written a Frequently Asked Questions about it. Because the book isn't out yet, most of these Questions I haven't even been Asked once, let alone Frequently. And it might seem a bit too early to start talking about it in detail. However, plenty of proof copies have already gone out, and I'm told that reviews are already being written. So the following FAQ is for interviewers and reviewers, anticipating some of the more obvious questions that they might have. General readers will not find any of this information very interesting, and should not bother to read it. Still, just in case, I've made sure not to spoil any of the plot.
Read more »
Posted by Ned Beauman at 10:00 pm 3 comments:

Last night I saw Captain America: The Winter Soldier. Because I've spent most of my career writing fiction about the 30s and 40s, and I'm quite meticulous about avoiding anachronisms (except when I introduce them deliberately), it was interesting to see a Hollywood film about a heroic anachronism: Steve Rogers is frozen in 1943 and wakes up in the present day. Unfortunately, no effort is made to make the character speak in the language of an adult from that era (with a few rudimentary exceptions e.g. Steve refers to Peggy Carter as his 'best girl'. Carter is about 100 years old at that point but is played, as in the previous film, by 32-year-old actress Haley Atwell. Impressive CGI is used to age Atwell's face, but she hardly bothers to adapt her vocal timbre to match, giving the unsettling effect of an old person speaking in a young person's voice, which is inadvertently quite appropriate in the context of this screenplay.)

In one scene, Steve is in a lift with Nick Fury, and he says something like, 'In my time, they used to play music in elevators.' This irritated me so much that I almost couldn't enjoy the rest of the film. 'I don't know exactly when "elevator music" was introduced,' I thought to myself, 'but it couldn't possibly have been earlier than the 50s or the 60s. There's no way a guy from the 1940s would have a nostalgic memory of elevator music. These writers are so lazy. Why didn't they hire me as a script consultant or something?'

But today I found out I was wrong!

'On May 31, 1931... New York City unveiled the 102-story Empire State Building,' writes Joseph Lanza in his book Elevator Music. 'Music had to be piped into the elevators, lobbies and observatories to give people at least some illusion of continuity amid the disorder. One particular incident shows just how much elevator music became part of the historical record. On July 28, 1945 an Army B-52 bomber on a cross-country mission crashed into the Empire State Building's 79th story. Flames shot up the elevator shafts, damaging glass cables and threatening to engulf fifty people stuck inside of a glass-encased observatory on the 88th floor. The front-page article in the July 29th New York Times reported: "Even at this terrifying juncture, however, the 'canned' music that is wired into the observatory continued to play, and the soothing sounds of the waltz helped the spectators there to control themselves."'

So they really did have elevator music in Captain America's time. All the same, I maintain that it would have been installed in a relatively small number of commercial buildings, and an army officer from the Lower East Side would not have spent so much time in elevators with elevator music that an elevator without elevator music would later seem worthy of comment. I was at least 15% correct in my cantankerous pedantry.
Posted by Ned Beauman at 3:56 pm 3 comments:

"A tunnel, with about 6 feet of head room and 1800 feet long, would be dug from the U.S. sector in Berlin to the buried cables some 900 feet within the Soviet-occupied sector. A spacious building, ostensibly a military warehouse, was constructed to serve as an on-site headquarters and cover the entrance to the tunnel. It would also explain the to and fro of our personnel, and mask the movement of engineering equipment. Before the digging began, experiments in tunnel construction were conducted in New Mexico and in Surrey, England. The disposal of 3200 tons of earth was dealt with in daily increments... From the outset American personnel, hidden in the apparent “warehouse” and armed with binoculars, maintained a twenty-four-hour-a-day watch of the area stretching from the warehouse to the tap site into the Soviet sector. As dawn broke one morning, the watcher dropped his binoculars, pushed the panic button, and shouted that a dusting of snow was melting on the warm ground above the tunnel. The melted snow marked the tunnel path from the warehouse to the tap site as precisely as if it had been laid by a surveyor’s transit. The crisis was eased when the first half hour of early-morning sunlight melted all of the light snowfall. A few hours later, Harvey had contrived a temporary solution to the problem: in mid-winter and without any explanation, squads of Quartermaster soldiers stripped every available air conditioner from Army premises throughout Berlin. There is less that need be said about the cesspool inadvertently breached as the tunnel engineers navigated beneath a bombed-out farm, or the laundry that had to be established in the warehouse to cope daily with the inexplicably soiled clothing of those working underground."

from A Look Over My Shoulder by Richard Helms
Posted by Ned Beauman at 4:49 pm No comments:

"Once upon a time (say, for Dante), it must have been a revolutionary and creative move to design works of art so that they might be experienced on several levels. Now it is not. It reinforces the principle of redundancy that is the principal affliction of modern life." Susan Sontag, 1966

"Every good work should have at least ten meanings." Walter de Maria, 1972
Posted by Ned Beauman at 4:28 pm No comments: