The first act, involving the adults in the early 1980s, is paced somewhere between a traditional narrative and the "previously on" section of a TV show (assume there is a "CUT TO" between every action). It will run at about 30 seconds a page, taking 30 minutes of screen time. The kids' story runs at 40 seconds a page for another 2 hours of screen time.

from the opening of Shane Carruth's screenplay for A Topiary
Posted by Ned Beauman at 8:44 am No comments: 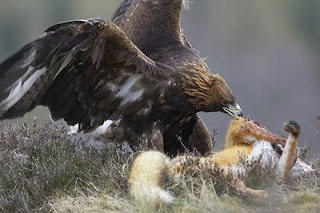 "Island foxes on Santa Cruz Island, California USA experienced precipitous declines in the mid-1990s owing to heightened predation by colonizing golden eagle. Although golden eagles were the proximate cause of the decline, feral pigs, by acting as an abundant food lured golden eagles to the island and through the process of apparent competition indirectly caused the decline in foxes. Thus, removing both eagles and pigs were necessary management actions required to save the island fox. The question at the time was: Which one do you remove first?"

from "Does the Order of Invasive Species Removal Matter? The Case of the Eagle and the Pig"

"The Western origin of the wolf, goat, and cabbage puzzle is most often attributed to a set of 53 problems designed to challenge youthful minds, 'Propositiones and acuendos iuvenes.' Although circulated around the year 1000, Alcuin of York (735-804) is said to have authored these as he referred to them in a letter to his most famous student, Charlemagne. The solution given by these works is to carry over the goat, then transport the wolf and return with the goat, then carry over the cabbage, then carry over the goat. A second solution, which simply interchanges the wolf and cabbage, is often attributed to the French mathematician Chuquet in 1484 but is found even earlier in the twelfth century in Germany in the succinct form of Latin hexameter...

Other related but different problems occur in three regions in Africa. They are similar in that they require a human to transport across a river a predator, its prey, and some food. However, closer examination shows that they have a distinctly different logical structure. Now A, B, and C must be transported across a river by a human who can only transport two of A, B,C at one time. Neither A nor C can be left alone with B on either shore...

Still one more African version of the problem is found only among the Ila (Zambia). The striking difference is that it involves four items to be transported: a leopard, a goat, a rat, and a basket of corn. The boat can hold just the man and one of these. This problem exemplifies the interrelationship of culture and logical constraints. After considering leaving behind the rat or leopard (and thus reducing the problem to one that can be solved logically), the man's decision is that since both animals are to him as children, he will forego the river crossing and remain where he is!...

The differences in logical structure suggest that the Western and African versions of the problem were independently conceived. Similarity of puzzle goal is not sufficient to imply historical connection. Although the situation depicted seems fanciful if viewed from a twentieth-century, industrial urban setting, the need to get unmanageable items across some water is not uncommon today in other settings and surely was not uncommon during the last thousand years."

from "A River-Crossing Problem in Cross-Cultural Perspective"
Posted by Ned Beauman at 10:06 am No comments: 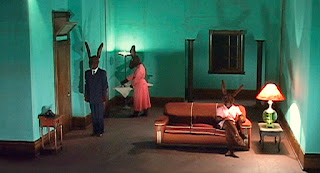 I wrote a column for the recently-relaunched Frieze website about paracetamol and meaning threats.

Currently I am a fellow at the The Santa Maddalena Foundation for Writers and Botanists in Tuscany, working on my fourth novel.
Posted by Ned Beauman at 7:21 pm No comments: