'Koestler himself was soon benefiting from the Information Research Department’s propaganda campaigns. Darkness at Noon, whose depiction of Soviet cruelty had established Koestler’s credentials as an anti-communist, was circulated in Germany under its auspices. In a deal struck with Hamish Hamilton, director of the the eponymous publishing house and himself closely tied to intelligence, 50,000 copies were purchased and distributed by the Foreign Office in 1948. Ironically, at the same time, “the French Communist party had orders to buy up every single copy [of the book] immediately and they were all being bought up and there was no reason why it should ever stop being reprinted, so in this way K[oestler] was being enriched indefinitely from Communist Party funds."'

from Who Paid the Piper? by Frances Stonor Saunders, quoting Living with Koestler by Mamaine Koestler
Posted by Ned Beauman at 2:42 pm No comments: 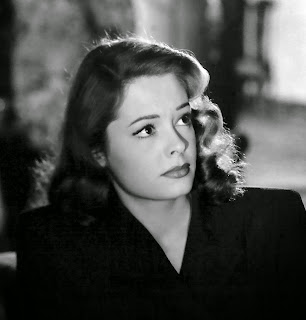 In the course of offering her a role in The Big Steal (1949), Howard Hughes informs Jane Greer that she is pregnant:


When The Big Steal came along, Robert Mitchum had been arrested for possessing marijuana and his leading lady Lizabeth Scott already had her wardrobe. But when she found out he had to go to jail, she said, “I don’t want to do it.” So they were trying to find someone to work with him, because they wanted to go down to Mexico the next Tuesday. Well, the phone rang, and it was Howard.
“Bettejane” – he always called me Bettejane – “Bettejane, are you interested in doing this picture with Bob Mitchum?”
I said, “I’d love to, Howard. I love Bob, you know that, I worked with him and I’d love to work with him again.”
He said, “Well then, all right, but you’d have to wear Lizbeth Scott’s wardrobe. You leave next Tuesday.”
“All right.”
“You have anything else to tell me?”
I said, “No, I don’t think so.”
“You liar, you’re pregnant! You’re knocked up!”
I said, “Am I?”
“Yes!”
I said, “I didn’t know, they haven’t called me yet. I did take a test, but I haven’t gotten the result of the test yet.”
“Well, I got it, and you’re knocked up.”

from Movies Were Also Magical by Leo Verswijver
Posted by Ned Beauman at 11:03 am No comments:

May 23rd: with The White Review at Outpost Gallery, Norwich
May 26th: launch of Headless at Open School East, Haggerston
June 18th: with Laura Van Den Berg at Daunt Books, Chelsea
Posted by Ned Beauman at 5:32 pm No comments: