On Tuesday night I'm going to be talking about ephemeral kings as part of Moonlighter Presents at the Clocktower Gallery in Tribeca.
Posted by Ned Beauman at 9:17 pm No comments: 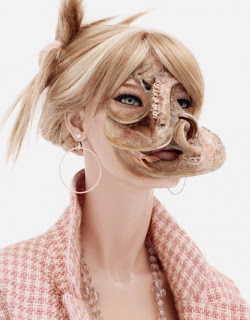 Onania by Jan Manski is opening tonight at the Rochelle School in Shoreditch and I have an essay in the catalogue.
Posted by Ned Beauman at 9:00 am No comments:

'During a hunting trip with several fellow legislators and a lobbyist, for example, a rancher, an old friend, called Stevenson aside and told him that in one of the back pastures where the men were to hunt was an aged horse—an old family pet—so infirm that it should be destroyed. The rancher asked Stevenson to do it for him. Stevenson agreed. As the hunters’ car was passing the horse, he asked the driver to stop, and got out. “I think I’ll just kill that ol’ horse,” he said, and, taking aim, shot it in the head. His companions, unaware of the rancher’s request, stared in amazement. “Why did you shoot that horse?” the lobbyist finally asked. “I just always wondered what it would feel like to shoot a horse,” Stevenson drawled. Pausing, he stared hard at the lobbyist. “Now I’m wondering what it would feel like to shoot a man.”'

from Means of Ascent by Robert Caro
Posted by Ned Beauman at 2:00 pm 1 comment:

"I hold no brief for the pre-war Spartan training of the English upper class – or middle class as it is now the fashion to call it, leaving the upper to the angels – since in the ordinary affairs of a conventional life it is not of the slightest value to anyone; but it is of use on the admittedly rare occasions when one needs a high degree of physical endurance. I have been through an initiation ceremony on the Rio Javary – the only way I could persuade them to teach me how their men can exercise a slight muscular control over haemorrhage – and I thought it more a disagreeable experience than any proof of maturity. It lasted only a day and a night, whereas the initiation ceremonies of the tribal English continue for the ten years of education. We torture a boy’s spirit rather than his body, but all torture is, in the end, directed at the spirit. I was conditioned to endure without making an ass of myself."

from Rogue Male by Geoffrey Household

"Education should be something of which a child can later say: if I survived that, I can survive anything."

from Never Mind by Edward St. Aubyn
Posted by Ned Beauman at 2:00 pm No comments: 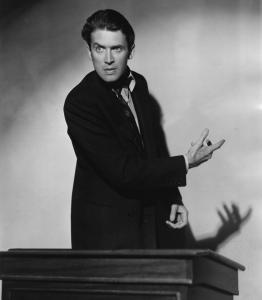 I'm reading Master of the Senate, the third volume of Robert Caro's biography of Lyndon Johnson. Early on, Caro gives a short history of the senatorial filibuster, and it reminded me of what an unsatisfying film Mr Smith Goes to Washington is. (I love Jimmy Stewart, but I hate Frank Capra, apart from It Happened One Night.) First of all, we're supposed to see Stewart's character as a benign political revolutionary, but in that case he shouldn't be blocking just one corrupt bill, he should be effecting some sort of structural change which will prevent corruption from happening in the future. And, more importantly, we're supposed to applaud his desperate use of the filibuster, but in 1939 the filibuster was best known as way for Southern senators to block civil rights legislation, including anti-lynching laws. There is nothing heroic about a filibuster.
Posted by Ned Beauman at 6:10 pm No comments: